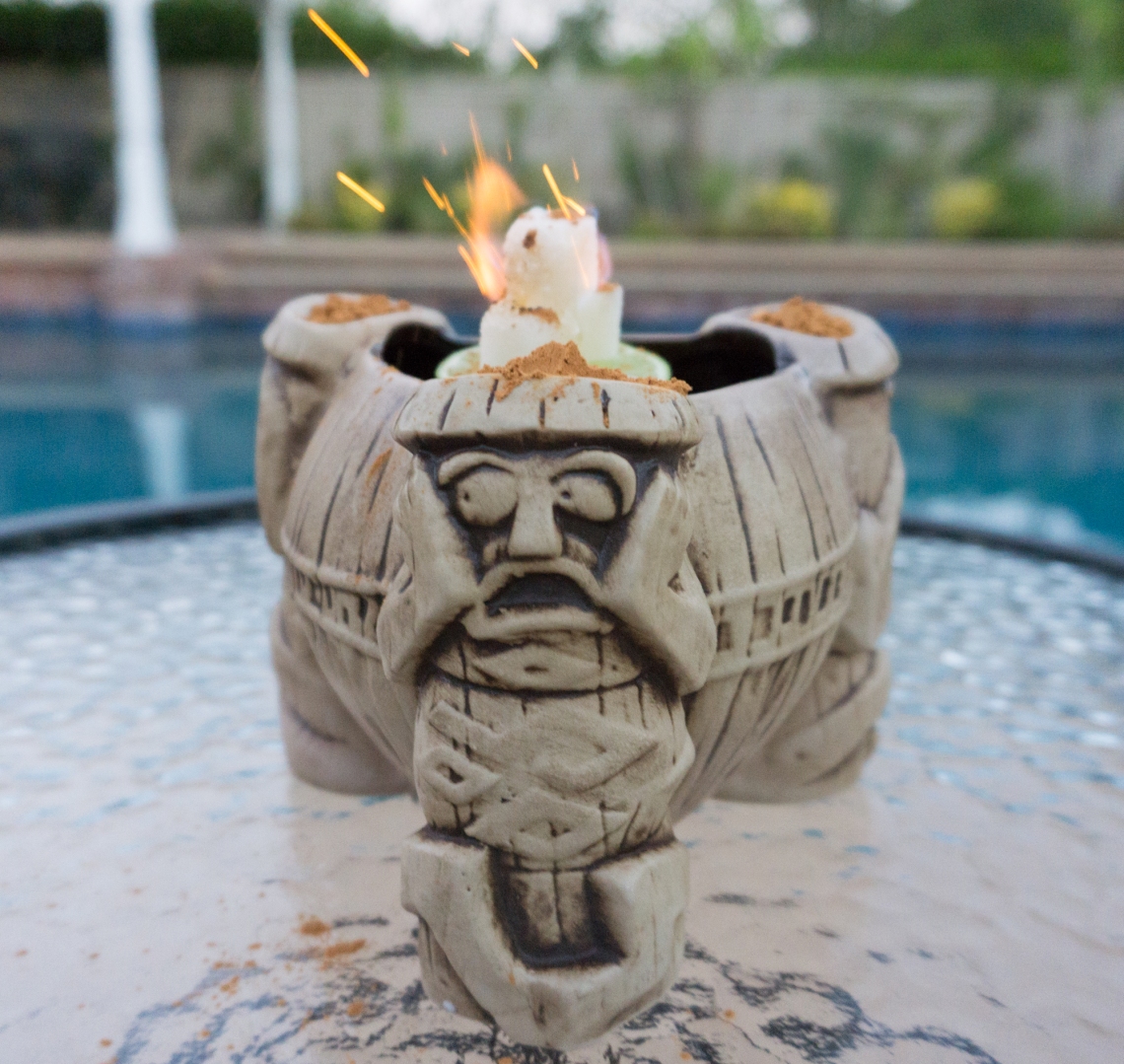 Shake the rum, falernum, juices, and some dashes of cinnamon in an ice-filled cocktail shaker. Strain into a 4-cup mixing bowl or a Trader Sam’s Enchanted Tiki Bar cocktail bowl. Add ice to fill the bowl to the top. Add cherries. Put cinnamon in a small bowl or in the designated spots of the tiki cocktail bowl. Place the half lime in the center of the cocktail bowl on top of the ice. Soak the sugar cubes in 151 for a few seconds and place on top of the half lime. Light sugar cubes on fire (be careful, the flame may be hard to see). Toss cinnamon on the flame to make sparks, and chant uh-oa! if you’d like. After the sugar burns for a bit, take a spoon and turn the lime and sugar cubes over to douse the fire. Stir. Drink with straws.

In an earlier post, we talked about Trader Sam’s Enchanted Tiki Bar at the Disneyland Hotel. As promised, this is our recreation of one of their signature drinks, the Uh-oa! It’s a variant of the volcano bowl, a tiki classic that we also enjoyed at the Purple Orchid in El Segundo. The bowl at the Purple Orchid had a built-in mini-bowl in the center to hold a pool of flaming 151. But the volcano at Trader Sam’s is built of 151-soaked sugar cubes on top of a lime — something you can do without any special equipment (although we got the souvenir bowl).

The friendly bartender at Trader Sam’s gave us the approximate recipe. We made just a few modifications: we used a higher proportion of dark to light rum since we really like Myers’s rum, replaced some of the grapefruit juice with lime juice, and left out the extra 151 and cinnamon syrup. Our version isn’t too sweet — if you like your drinks sweeter, add an extra ounce of guava and/or pineapple juice. And make sure to share this drink; it packs a punch.